Writing the Revolution
Follow me, I have stories to tell... 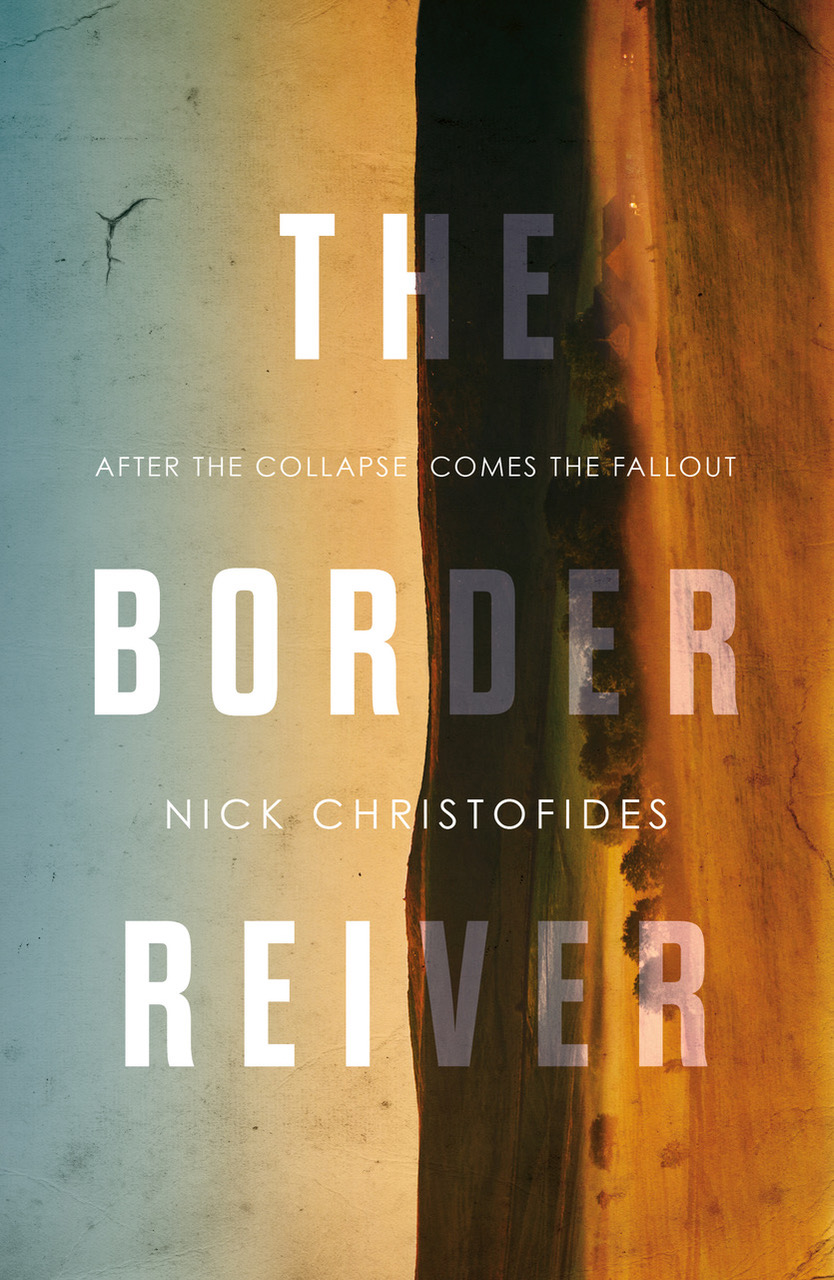 The Border Reiver will be available from the 28th July in paperback priced £9.99.
All orders from this website will be signed by Nick.

The Border Reiver is my debut novel. I wanted to write a story that illustrated a more egalitarian society than the world we live in today - a book about equality and freedom... freedom from debt, freedom from the social pressures of consumerism and profit. But the characters had their own ideas...

A motion picture of The Border Reiver is currently in development.

After the collapse of the European Union, countries are shaken to the core by the economic and political fallout.

BEN BAINES is a dissident, pushed forward by ‘The People’ to lead England. He takes to office with a barefaced contempt for the pomp that shaped his country. The Establishment ousted, corporate control quashed, he ignites a new optimism.​

NAT and ESME BELL live off the land on their Northumbrian farm, which has belonged to Esme’s family for centuries. Toughened by experience, hardened by work; they do not feel the rain hitting their faces like a thousand pins pitched at point blank range. Like them, their daughter AMBER is rough and resilient, shaped by the land in which she has grown up. Society has not prejudiced their lives, they hold no value in money or standing. But they also have no understanding of the Populist Revolution, or the ideology that the new regime must enforce.

'I was hooked from the intriguing opening of “The Border Reiver” by Nick Christofides and my interest never faded for a moment!

In a post-capitalist England, the revolutionary government clashes with rural communities. Wronged by regime enforcers, one uncompromising farmer sets out on a quest for revenge that pits him against the visionary leader of England. 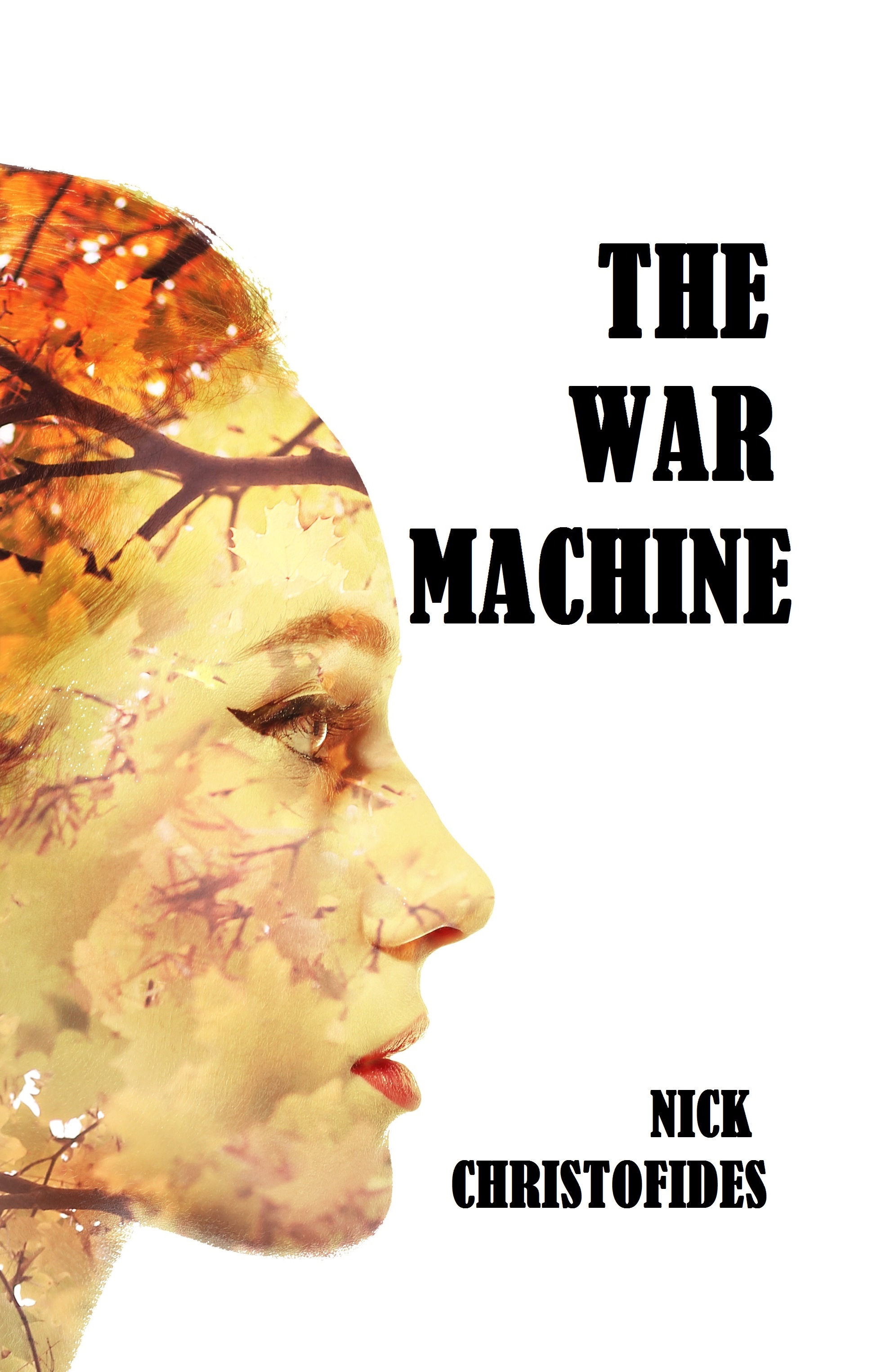 In a country ravaged by civil war, The People begin to work towards a peaceful resolution, an economy based on need, collaboration and self governance.​ But that never made anyone rich...​

Hey! Thanks for registering; If you have opted in to my Mailing list I will keep you informed of my writing milestones, and other news regarding my books.  If you have opted out, no worries I will just let you know about The War Machine

Please email me if there is anything specific you would like to ask me, or you can keep in touch with me day to day at Facebook and Twitter:@nickcbooks or Instagram: @christonic1

Thanks again for your interest I hope you enjoy my books and cose to join me on my writing journey over the years to come!

Best Nick
Oops! Something went wrong while submitting the form.
Your data is only used in accordance to your wishes and never sold or used by a third party 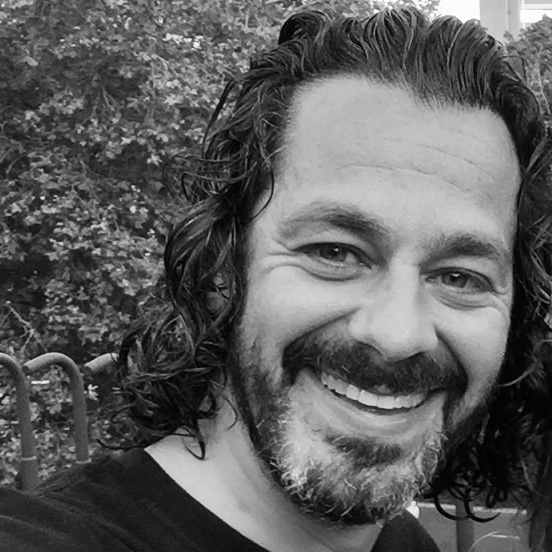 The Border Reiver is Nick's debut novel. A motion picture of the story is currently in development by Golden Ray Films. Nick is currently writing The War Machine, the sequel to TBR.

Nick grew up in Northumberland, where The Border Reiver is set. Now, home is Wales, near the beach but not far from the mountains and valleys.
‍

He'd prefer to be on a hillside in the middle of nowhere trying to light a fire to cook his food than ordering it in a restaurant, or surfing the freezing winter swells than shopping for the latest ‘thing’.

Ever since he witnessed Axl Rose high kicking his way across the stage at the Marquee Club dressed like he had just come from The Blue Oyster Bar, Nick has been a lover of music and all things Heavy Metal. 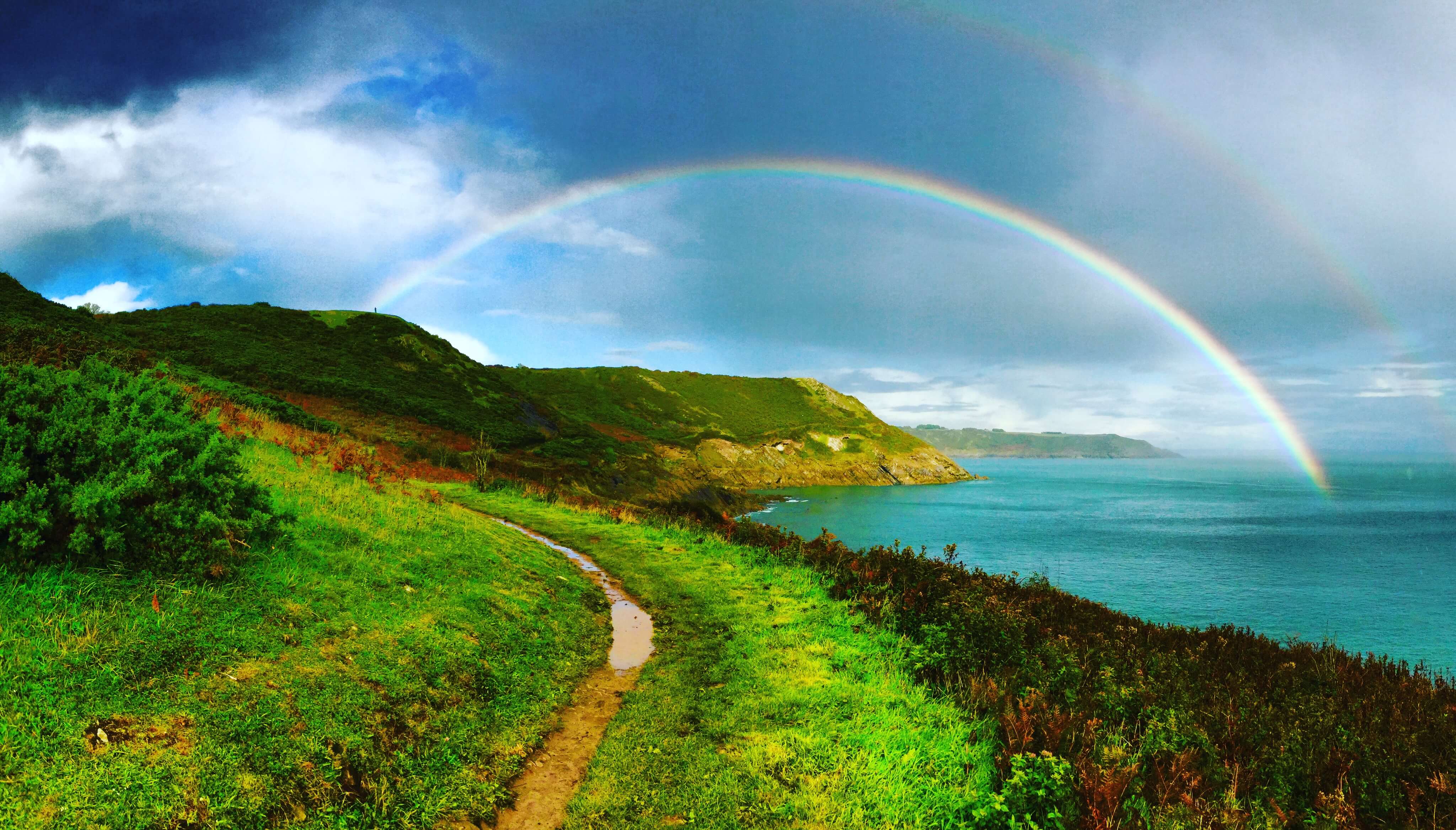 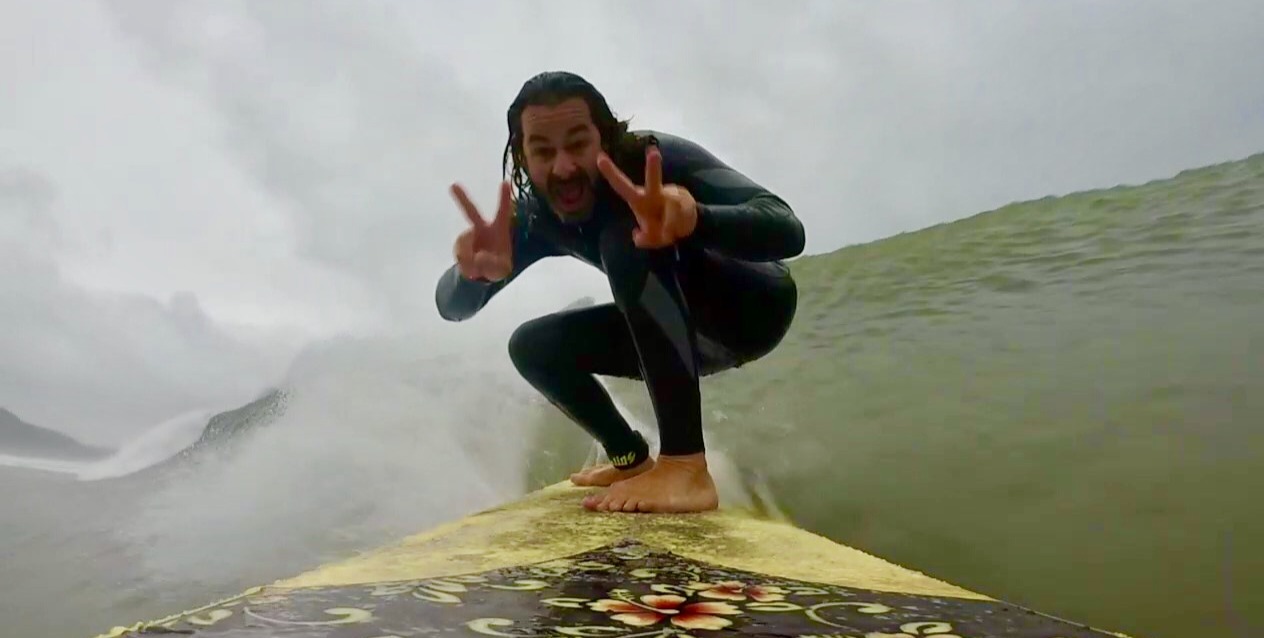 I surf waves and play guitar...
(not at the same time) 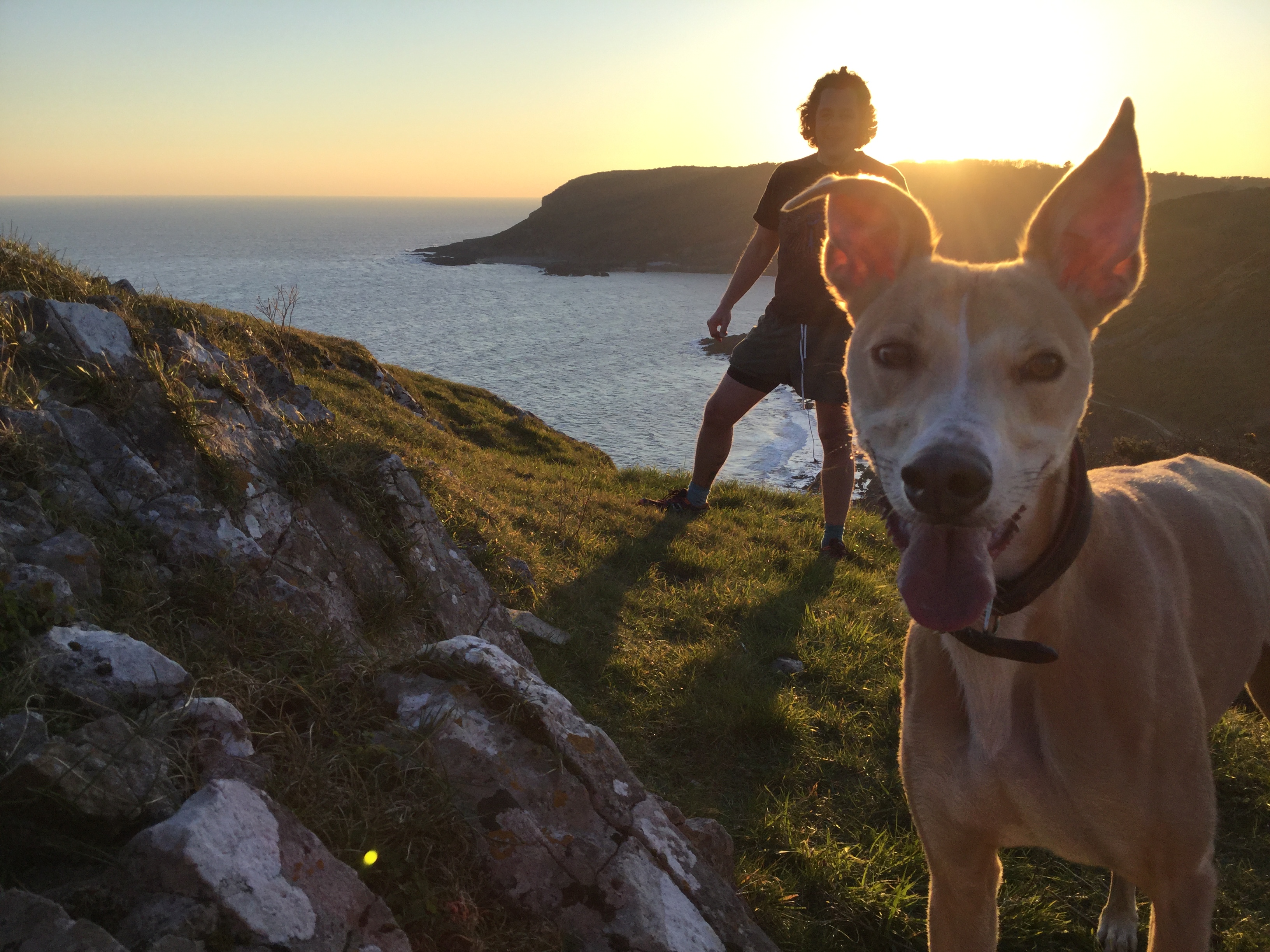 By day Nick works in the property industry, in short, he advises people what to build and where to build it. In the (very) early morning and late at night he escapes to the wonderful world of writing. For him, an exercise in agony that is irresistible - occasionally he feels like Dave Gilmour laying down the Comfortably Numb solo in one hit, but often his connection with the page is more akin to Mick Fleetwood and Sam Fox's performance at the Brit Awards.

Nick's wife is an NHS Nurse (which, he say's, makes her universally awesome no matter how biased he is), they have two cool kids and Blondie (Debbie Harry not Hitlers dog) – the Lurcher lives with them. They would call her ‘ours’, but you don’t ‘own’ a Lurcher, she just uses their stuff, mainly sofas, and keeps them company on walks. 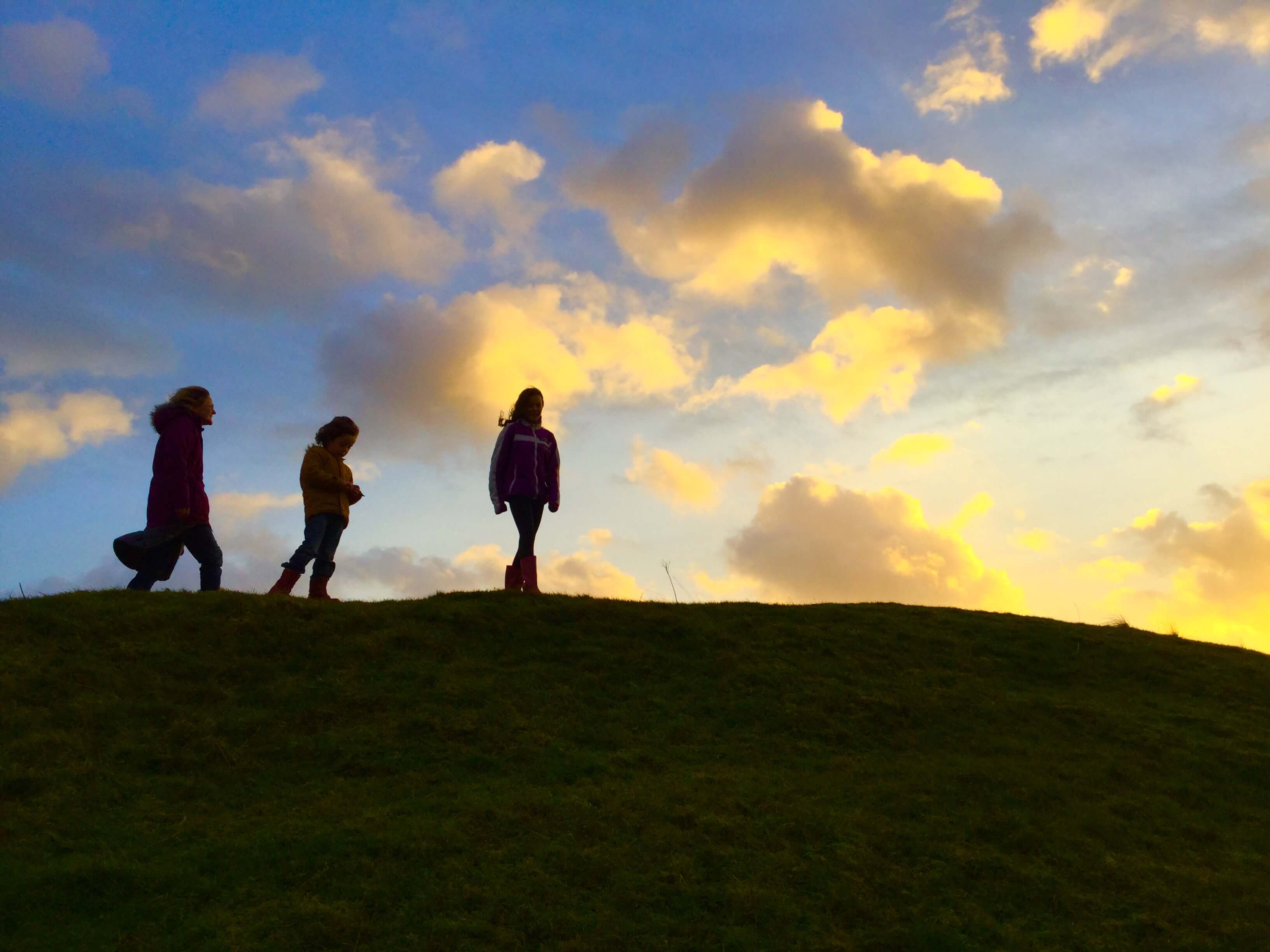 'I ended up liking this book way more than I even'expected to! In fact, now other books will seem dull and shallow by comparison.'

'Fast paced, eye-opening and thought-provoking…and with a very strong and powerful message throughout, once I started reading, I didn’t want to stop reading until I’d finished!'

Reviewer - The Border Reiver.
Hey! Thanks for reaching out; I will get back to you as quickly as I can.

If you have opted in to my mailing list I will keep you informed of my writing milestones, and other news regarding my books.  If you have opted out then I will only reply to this enquiry and anything related to it.

Please email me if there is anything specific you would like to ask me, or you can keep in touch with me day to day at Facebook and Twitter:@nickcbooks or Instagram: @christonic1

Thanks again for your interest I hope you enjoy my books and choose to join me on my writing journey over the years to come!